How Did We Get Here And How Do We Get Out?

Partisan electors block will of the people 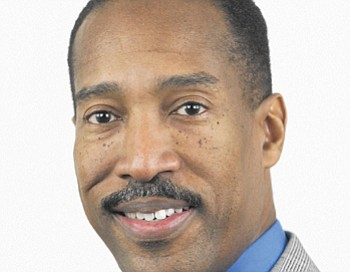 While driving my daughter to school I was listening to CNN on the radio as some commentators discussed Robert Woodward's latest book, "Fear: Trump In The White House."

Usually, she intentionally tries to tune out whatever discussions are taking place about national politics. But on this morning, after listening to what the commentators were saying she asked me, "Daddy, why is he there?" That led me to try and explain, in terms that a first grader would understand, the electoral process in the United States and to introduce her to the concept of the Electoral College.

Historically, the American people have proven to be a pretty astute judge of character of people running for the presidency. Unfortunately, the last three times when the Electoral College outcome was different from the votes cast by the American people, there have been disastrous consequences.

After the election of 1876, where Samuel J. Tilden earned a majority of the votes cast, but was denied the White House, it resulted in aborting Reconstruction and launched us into an almost 100 year journey of Jim Crow/Apartheid segregation in America, that our nation has yet to fully recover from.

Following the election of 2000, our country invaded a country that did not attack us, destabilized an entire region of the world, and our economy crashed. In 2016, in spite of losing by almost 3 million votes, because of the Electoral College someone who was demonstrably unfit and unprepared to serve as president was given the keys to the White House and, as Woodward's book lays out in exhaustive detail, we find ourselves in the horrid position we are in today.

When people who do not win elections are declared the winner anyway, it deprives them of the legitimacy and moral authority to govern with the approval of the governed. This is not sustainable!

Our electoral process cannot continue to acquiesce to partisan electors, in lieu of the expressed will of the voters, to place into office people who will meet the demands of wealthy corporate interests at the expense of everyone else.

Our deficit is exploding. The judicial appointments that are making conservatives giddy will, at the end of the day, result in greater protections for a corporate class that abuses the nation as a whole, continued attacks on our voting rights, and an increase in the excesses of the security and police state that are already very problematic.

Sadly, all of this is the result of the America's original sin/birth defect of slavery. In the latter part of the 1700s, Constitutional architect James Madison wrote: "There was one difficulty of a serious nature however attending an immediate choice by the people. The right of suffrage was much more divisive in the north rather than the southern states; and the latter could have no influence in the election on the score of Negroes. The substitution of electors obviated this difficulty and seemed on the whole to be liable to the fewest objections."

While that rationale might have carried the day when they were trying to form our republic over 240 years ago, it's time has come and is way past gone! Either we get rid of the Electoral College or, I fear, the very existence of a "United" States will be at risk in the future. The Electoral College must go!

Stephen Tillett is author of "Stop Falling for the Okeydoke: How the Lie of 'Race' Continues to Undermine Our Country.” He is a retired Air Force chaplain, serves as a pastor in Annapolis, Md., and is president of the Anne Arundel County NAACP.