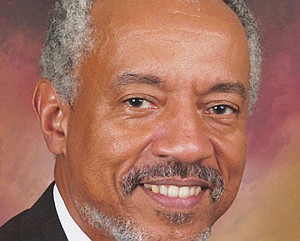 Ron Herndon, a leader in Portland’s African American community who is well known for successfully advocating for children by promoting equity in the Portland School District, has been named Portland First Citizen, a prestigious award to honor civic achievements and business leadership within the community.

Presented annually by the Portland Metropolitan Association of Realtors, the individuals named Portland First Citizens form an honor roll of the city’s most prominent leaders.

Herndon has been the Director of Albina Head Start in Portland for more than 40 years, providing comprehensive early childhood education, health, nutrition, and parent involvement services to low-income children and their families. He has taken the organization from 126 children in 1975 to more than 1,000 children today and expanded the number of Head Start sites from 1 to 25. He is a former teacher, counselor, college instructor and VISTA volunteer.

Herndon also served as president and board chair of the National Head Start Association from 1991 to 2013. As chair he provided leadership and support to Head Start programs across the nation including advocating for over 900,000 low-income children and families.