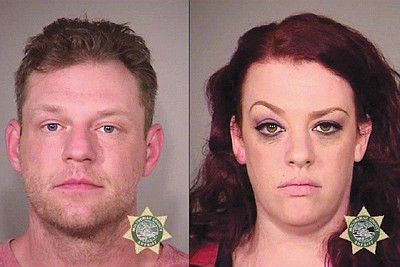 A man convicted of deliberately running down a black man with his Jeep in Gresham nearly three years ago was given a life sentence by a Multnomah County judge Tuesday.

40-year-old Russell Courtier—a self-professed member of a white supremacist group—had been found guilty last month of murder, hit and run, and second-degree intimidation, which functions as a hate crime in Oregon. A 32 year minimum without the possibility of parole was included in his sentence.

Larnell Bruce, 19, was the victim who was killed. Prosecutors argued the attack was racially motivated.

Hunt previously agreed to a 10 year sentence when she pleaded guilty to a lesser charge of manslaughter during the trial.

“I refuse to hate a whole race over something that someone like you has done,” Bruce’s father said in court, speaking directly to Courtier, and condemning his ideology.