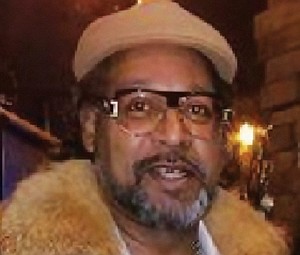 Roderick Darnell Brown Sr., better known as Darnell or simply D by those who loved and admired him, quietly slipped away to join his Lord and Savior on April 11, 2019. He was born on Nov. 25, 1960 in Los Angeles to the union of Richard Brown and Cora Mae Taylor. He was the second oldest of four children. In 1961, the family moved to Portland, where he attended Jefferson High School and graduated in 1979.

Darnell was known for his extravagant car collection and he was unashamed to be seen driving said collection 25 mph on the freeway and what felt like 5 mph up and down the street. Darnell enjoyed four wheeling, skating and being around those who loved him. You could easily find him at a family gathering laughing and smiling. In his spare time, he loved watching old westerns and documentaries to gain more insight on the world and further his curiosity.

Darnell had many talents. In his youth he was known for his ability to play football. He had a great ear for music and took pride in his ability to identify the melody of a song. He served as a bass player for many local funk, jazz and R&B bands. Many were unaware that Darnell was a skilled nail technician with a steady hand and an aptitude for beautiful designs. He loved to BBQ. It did not matter if it was snowing he would BBQ because that is where he was able to bond with his children and grandchildren.

To know Darnell was to love him. He was truly one in a million and will be greatly missed. He was preceded in death by his son Roderick Darnell Brown Jr.; his father; and a brother, Richard Craig Brown. He leaves to celebrate his memory and life two daughters, Amber Marie Walker and Sharnell La'Trice Brown; son Roderick Darnell Brown III; his mother; two brothers, Reyburn L. Brown and Reginald A. Brown (Ulanda); two sisters, Sharron Brown and Angelique Moreland; cousin, Wonsetta U. Grant; grandchildren, Ja'iyr (Jai), Rylie, Amiya and Ja'haryi; and many aunts, uncles, nieces, nephews and friends.