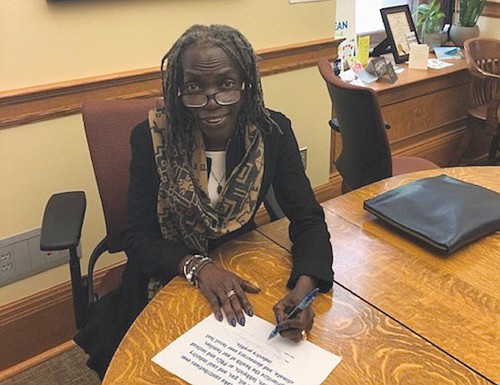 Hardesy says she will not knowingly accept any future campaign contribution of over $200 from Political Action Committees or front groups of fossil fuel companies amidst the climate protests and calls for action locally and internationally. In addition, she says she will not take any money from these groups, according to her statement, issued on Earth Day.

“We need a city where every voice matters. Where our democracy works for everyone and our government listens to all of us. Fossil fuel money corrupts that and elevates the voices of dirty energy at the expense of people’s health, the climate, and our democracy, something I will always reject,” Hardesty said.

She also spoke with youth at the Youth Climate Protest in front of City Hall last month and more recently supported earlier protests at the Zenith Oil terminal.