Films Speak to Race and the Environment 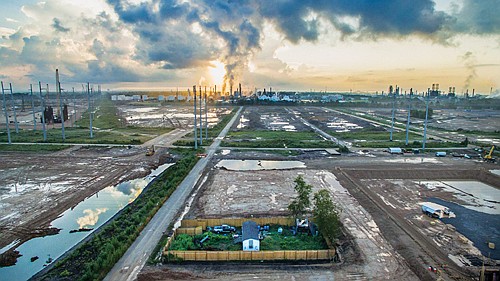 At the beginning of this month, I made my annual pilgrimage to the Full Frame Documentary Film Festival in Durham, North Carolina and saw 16 feature-length documentaries. Reviews on eight of those films ran in the April 12 Portland Observer. Here’s my take on the other eight films worth watching:

"Mossville: When Great Trees Fall," won the Kathleen Bryan Edwards Award for Human Rights at Full Frame. It tells the story of a once-proud and independent Louisiana community founded by formerly enslaved African Americans whose once-lush farmland has now been decimated by petrochemical and industrial plants. The biggest encroacher is an apartheid-born South African-based chemical company, Sasol, which, like some creature from the deep, devoured the community with buy-out offers that property owners were not really meant to refuse. One resident, Stacey Ryan, holds his ground, but at the cost of his health and peace, illuminating patterns of environmental oppression that draw little public notice and that target marginalized communities like this one. The brazenness and relentless impact of greed and racism in this community deserves the careful attention paid here. You can follow the film's progress in finding an audience and distributer on its Facebook page. 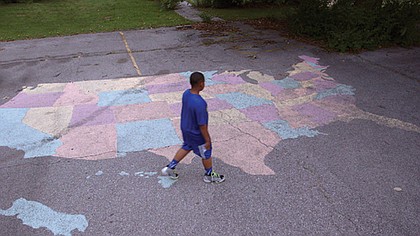 Offering a take on racial injustice, “Where the Pavement Ends,” explores the relationship between the historically all-black town of Kinloch, Mo., and its formerly all-white neighbor Ferguson, where the police killing of Michael Brown sparked protests and national outrage in 2014.

"Where the Pavement Ends" offers another take on racial injustice, probing some little-known history of Ferguson, Missouri, where the police killing of Michael Brown sparked protests and national outrage in 2014. It turns out that Ferguson was formerly a whites-only "sundown town" adjacent to Kinloch, a black town separated from Ferguson by a blockade, where black people could see but not visit white neighborhoods that had access to services and infrastructure not available in Kinloch. This meditative investigation into that history, which culminated in a public dispute over the blockade in 1968, invites residents of these communities to reflect on history that people tend to avoid thinking about, in hopes of illuminating remarkably consistent patterns of racial strife.

One of my favorite films of the festival was "The Edge of Democracy." For director Petra Costa, the personal is political, and she sets out to address recent political upheavals in Brazil in the context of the country's larger social and political history as well as her own history as the daughter of political dissidents and granddaughter of a construction executive who was aligned with the country's moneyed elites. For Americans who, like myself have only passing familiarity with Brazilian politics, Costa's account is surprisingly accessible and cogent. She is clear about her own point of view, defends it well, and provides the means for us (whether inside or outside her home country) to grapple with the larger questions of how fragile democracy is and why, around the world, the interests of the owning class are emerging in such an oppressive way, purportedly employing the vehicle of democracy itself. The rise and fall former President Luiz Inácio Lula da Silva's Workers' Party in Brazil ends up being a fascinating vantage point for such exploration, both in terms of understanding Brazil but also for examining the larger trends at work. The film will premiere on Netflix sometime this year.

"The Infiltrators" doesn't squarely fit into a conventional documentary frame, which serves its subject well. Filmmakers Cristina Ibarra and Alex Ribera, aiming to shed light on the senselessness of the American immigration system, focus on a 2012 story of undocumented teenagers who turned themselves in to immigration enforcement so that they could bring attention to the plight of folks being held for months and years inside a for-profit Florida detention facility. What began as a short film and then a second expanded from there, in conversation with the activists themselves (part of the National Immigrant Youth Alliance--worth watching), to this feature-length film that won awards at Sundance and the Ashland Independent Film Festival. The NIYA activists appear in the film and are also depicted by actors in reenactments of what happened inside the detention facility. The result plays more like a caper film than a documentary at times, which may serve to draw audiences in deeper than they might otherwise willingly go into the rabbit hole of the immigration system. These young people--and this film--seek to shake us up and motivate us to question the arbitrariness of immigration enforcement.

I found "American Factory" interesting but a little unsatisfying. The film follows what happens when a Chinese auto glass manufacturer, Fuyao, opens a plant at the location of a closed GM plant in Dayton, Ohio. (Directors Julie Reichart and Steven Bognar previously were nominated for an Academy Award for their short film, "The Last Truck: The Closing of a GM Plant," which told the story of the closing of that plant.) The Chinese-American venture, however outwardly successful, devolves into successive misunderstandings and culture clashes; the Chinese bring in some of their own workers to bring their way of doing business to Ohio, and the U.S. workforce of former autoworkers have entirely different ideas of what a functioning and viable workplace looks like. It's an American film, so I suppose it's not surprising to sense a bit of American bias in this film's depiction of the attitude of the Chinese toward employees and toward American environmental and labor laws, as if a similar disregard is not also evident among American manufacturers. That said, this is an interesting window into the current dilemmas facing American and global industry, one that doesn't fill one with confidence in the quality of communications and decisions that will drive whatever changes come next. As of February, a Netflix release was in negotiations, so the film should be accessible to a broader audience soon.

Ethan Rice is a young artist dying of cystic fibrosis who navigates an end of life journey in the new documentary “Exit Music.”

A broad audience will be harder to come by for "Exit Music," a sensitive exploration of the life and death of Ethan Rice, a young artist suffering with cystic fibrosis--but that's only because death is so hard to sit with. Director Cameron Mullenneaux set out to make a film about the difficulty of dying, and what she has assembled here reflects months of patient trust-building and ministry of presence, as 28-year-old Rice and his devoted parents struggle with what it means to affirm him and his life as the pain and struggle that attends his life become more and more difficult. Rice far surpassed all predictions for his life span, in part because his father (a Vietnam veteran suffering from PTSD) made it his personal mission to keep his son alive. So how does one let go, when the body does not ease the process? What does it mean to love and care for someone who is suffering? What is a good death? This compassionate film sits with those questions, buoyed by the music and animation which Rice created to express what he had to say within the parameters that his physical limitations afforded him. You can look for screenings and follow the film's progress at exitmusicfilm.com.

With the backing of distributor National Geographic, "Sea of Shadows" won't be hard to find in the near term. It's a well-shot and slickly produced eco-thriller about endangered animals off the Mexican coast. A complicated story told well begins with the totoaba fish in the Sea of Cortez, whose bladder is a highly prized commodity in China; black-market poachers have decimated the population of not only that fish but a rare porpoise, the vaquita, that is very near extinction, caught in the gillnets aiming for the totoaba. Mexican cartels and institutional corruption make the urgent efforts to prevent extinction of the vaquita complicated, dangerous, and quite possibly futile. The filmmaker juggles all these elements well for a compelling and ongoing story that likely mirrors other greed-driven crises across the globe. The film garnered an audience award at the Sundance Film Festival

Finally, "Grit" is another environmental story that has caught attention on the festival circuit, including at the Ashland Independent Film Festival, where it won Special Mention. It's the devastating story of a tsumani of mud that destroyed an Indonesian village in 2006. The disaster resulted when an oil company, Lapindo, struck an underground mud volcano. A decade later, despite abundant evidence establishing the cause of the disaster, villagers whose jobs and homes had been destroyed were still fighting for modest compensation from Lapindo. The story becomes an occasion for documenting the lengths the company and the Indonesian government will go to evade responsibility, and the courage it takes for the affected community to continue to document and name the impact of a disaster as obvious and photographical as a tsunami of mud. The film capitalizes on something alarmingly poetic and obvious about how this particular and ongoing injustice manifests. gritdocumentary.com.