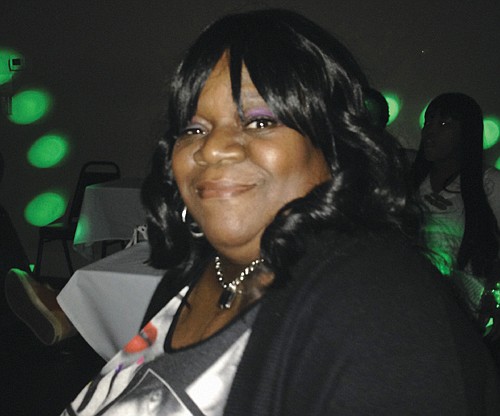 Michelle Diane Holmes-Graves was born Jan. 25, 1955 to Joe Holmes Jr. and Ethel Mae Wilson. She attended Sabin and Vernon elementary schools and John Adams High School where she graduated in 1974. Michelle attended college courses at Portland State and earned her certificate in business. She soon launched a career in retail and quickly became a manager for Lane Bryant clothing stores.

After being diagnosed with heart disease Michelle was on a mission to live life to the fullest. People who were unaware of her condition would not have been able to guess because Michelle never complained. She always wore her bright smile, witty with her delivery in conversation and always showed love to her husband, children and grandchildren. She had a fond love for shopping, lots travel and family barbeques. Her favorite word was “right” and her husband, also known as “Russian,” referred to her as Viva Las Vegas. Anyone who knew Michelle knew she was going to BBQ rain, sleet or snow. She loved it when her daughter Angela came and took her on shopping sprees and fine dining. Angela’s favorite word to her mother was “mom, I got you”.

Michelle attended the Highland Christian Center faithfully and danced with the 503 Sliders on Mondays and Thursdays at the Elks Lodge. Michelle lost her battle with heart disease on Saturday, July 27, 2019 where the Lord called her home peacefully.

She was preceded in death by her parents and a brother, Jarvis Marshall. She leaves to grieve her loving husband Donald D. Graves; daughters Clinttina Williams (AC Williams III) and Angela Holmes (Scott Chapman) son Clinton Holmes-Graves; grandchildren Robin Richmond and Legacey Williams; sisters Rosemary Manus of Los Angeles and Joe Ann Holmes of Portland; and brother Michael Lee Holmes of Seattle. She also had many nieces, nephews, cousins, friends and associates who all will miss her tremendously.

Michelle is absent from the body but will remain in our hearts and minds forever.