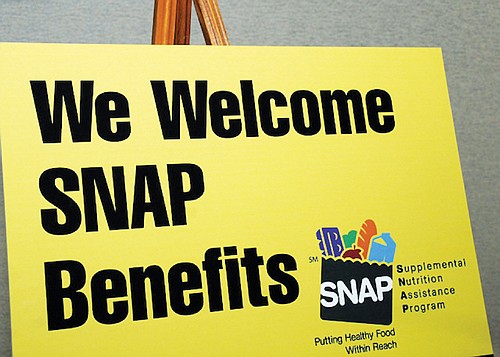 The finalized U.S. Department of Agriculture rule undoes the ability of states to issue waivers on the three-month limit for SNAP benefits to people who aren't either working or in a training program for 20 hours a week.

An estimated 24,000 people in Oregon are expected to lose assistance because of the change.

"As someone who was raised in the Quaker tradition, I find it extra appalling that this is happening in the holiday season, that we are taking food off the tables of our neighbors at the time when we are supposed to be at our very best selves and taking the very best care of our communities," she states.

U.S. Agriculture Secretary Sonny Perdue pointed to the country's low unemployment rate and the goal of moving people toward self-sufficiency as the reasons for the rule change.

The Agriculture Department estimates the change will save the government $5.5 billion over five years. It's scheduled to go into place on April 1.

The new rule affects able-bodied people ages 18 to 49 without dependents.

Morgan says the rule will also result in $18 million in lost revenue to places such as grocery retailers and agricultural producers, largely in rural areas.

"So of course, we are most interested and most centering those 24,000 people who may be affected, but do also want to mention that this is a larger benefit to the rural economies as a whole that will also go away," she states.

Morgan says the rule could be challenged in the courts. It's one of three rule changes the Trump administration has proposed to SNAP.

According to a study from the Urban Institute this week, those rules taken together would drop 3.7 million people from the program nationwide.

Eric Tegethoff is a reporter with Oregon News Service.