Anger and Forgiveness in Our Politics

We can work together for the betterment of all 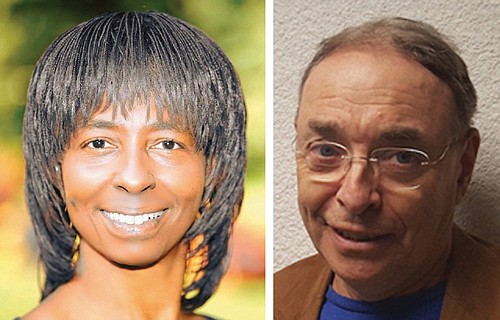 Forgiveness is a popular topic. Forgive your cheating spouse and put it behind you. Forgiveness is how you achieve closure and can move on. Forgive your lying boss or co-worker--how can you reduce your toxic workplace stress unless you just let it go?

"Forgiveness is for you, not for the perpetrator.” That is the common refrain. And it has precedence in philosophy: "Anger: an acid that can do more harm to the vessel in which it is stored than to anything on which it is poured."—words attributed to both Seneca the Younger and Mark Twain. The assumption is, if you want anger gone--and you should--you must forgive. That will calm your heart, ease your mind, and soothe your spirit.

But what if anger is a good thing in many cases?

Rosa Parks was asked why she decided to risk her well being, her freedom, her employment, possibly even her life by refusing to obey a command in December 1955 by an Alabama white bus driver to give her bus seat to a white man and move to the back of the bus? She said that she was propelled by anger at what violent racists had done to Emmet Till, the young black boy from Chicago who was accused of whistling at a white woman while he was visiting family in Mississippi. His body was found lynched, tortured, disfigured, and tied to a weight in the river.

Rosa did great work and lived long. She sparked one of the greatest upheavals of nonviolent citizen demands for basic civil rights in the history of the US.

Both Gandhi and Martin Luther King Jr. wrote frequently about anger and its value in the freedom and liberation struggles they led. Gandhi, who was born and raised in the Steam Age, had the best metaphor, noting that anger is much like steam; you can let it build up until you explode destructively or you can harness it to do great and difficult tasks.

The rise of anger in our politics did not start with Trump, though it worsened badly beginning with his campaign and has carried on into his time in the White House. The difference in the anger expressed in bigoted terms is significant and one wonders how Latinx voters can set aside the anger in being called animals by Trump? One wonders how the tiki torch-wielding white nationalists can draw down their rage against people of color? We have to ask where we are headed if this full head of steam continues to build up?

Clinically, equanimity might be a factor in reducing hypercortisolism, a condition produced by overproduction of cortisol by the adrenal glands in response to threat. Perhaps we are indeed now the Not-So-United States of Adrenaline Overload and our national heart is at risk.

Achieving equity in our society may be one of the best ways to find social, collective equanimity and thus help heal our body politic as surely as finding our inner calm and balance can help heal our individual bodies.