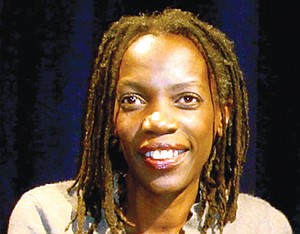 Portland City Council will vote Wednesday whether to pull out from the FBI’s Joint Terrorism Task Force, an issue Commissioner Jo Ann Hardesty promised to bring to the fore during her campaign last year.

The JTTF, which is a partnership between federal and local law enforcement agencies, was dissociated back in 2005 by then Mayor Tom Potter, a former police chief. It was fully re-established in 2015. San Francisco chose to dissolve a similar partnership in 2017.

Some local advocates have voiced their support of pulling out of the agreement, including those of nearly 50 individuals and organizations who co-signed a letter calling for an end of cooperation with the FBI’s Terrorism Task Force.

Albina Ministerial Alliance Coalition for Justice and Police Reform, ACLU of Oregon, NAACP Portland Branch, Unite Oregon, Veterans for Peace Chapter 72, Portland’s Resistance, and Occupy ICE PDX were among the signers and endorses. Critics said the JTTF lacks transparency and oversight, and promotes profiling based on race, religion, or country of origin.

“Now, under a president who targets people based on their religion (Muslims), national origin (immigrants), and political beliefs (protestors, Black Lives Matter), it is more important than ever to stop participating in the federal government’s dragnet surveillance and spy program,” the ACLU of Oregon stated in a message to city councilors.

Supporters of the law enforcement partnership, like Commissioner Nick Fish, who voted to rejoin the JTTF in 2015, said at that time he believes it can strengthen public safety and security.

While Commissioners Hardesty and Amanda Fritz both support pulling out of the FBI partnership, Mayor Ted Wheeler said he recommends preserving it. Commissioner Chloe Eudaly is expected to be the swing vote on the matter, but she had not publicly stated her definitive stance on the issue.