Send a Message to End the War on Cannabis

Oregon’s Wyden and Blumenauer are on board 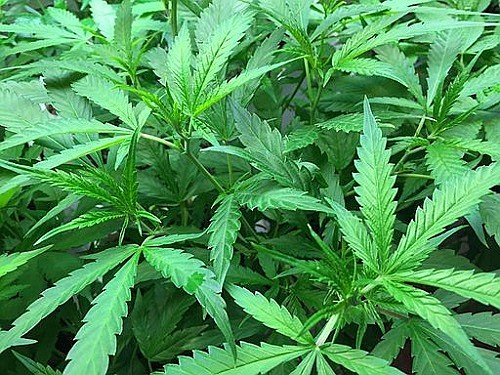 U.S. Sen. Ron Wyden, D-Ore., has introduced legislation in the Senate, S. 420 — The Marijuana Revenue and Regulation Act— to permit states to establish their own marijuana regulatory policies free from federal interference. In addition to removing marijuana from the United States Controlled Substances Act, this legislation also removes enforcement power from the US Drug Enforcement Administration in matters concerning marijuana possession, production, and sales — thus permitting state governments to regulate these activities as they see fit.

Senate Bill 420 is another sign that the growing public support for ending our failed war on cannabis consumers nationwide is continuing to translate into political support amongst federal officials.

If we are truly going to move our nation towards sensible marijuana policies, the removal of marijuana from the Controlled Substances Act is paramount. Annually, 650,000 Americans are arrested for nothing more than the possession of small amounts of marijuana and now is the time for Congress to once and for all end put an end to the national embarrassment that is cannabis prohibition.

With marijuana legalization being supported by a supermajority of Americans while Congress’ approval rating hovers around 20 percent, ending our country’s disastrous prohibition against marijuana would not just be good policy, but good politics.

Upon introduction, Sen. Wyden said, “The federal prohibition of marijuana is wrong, plain and simple. Too many lives have been wasted, and too many economic opportunities have been missed. It’s time Congress make the changes Oregonians and Americans across the country are demanding.”

U.S. Rep. Earl Blumenauer, the Portland Democrat who will carry the House companion legislation, said “Oregon has been and continues to be a leader in commonsense marijuana policies and the federal government must catch up. The American people have elected the most pro-cannabis Congress in American history and significant pieces of legislation are being introduced. The House is doing its work and with the help of Senator Wyden’s leadership in the Senate, we will break through.”

Thirty-three states, Washington, D.C. and the U.S. territories of Guam and Puerto Rico have enacted legislation specific to the physician-authorized use of cannabis. Moreover, an estimated 73 million Americans now reside in the 10 states where anyone over the age of 21 may possess cannabis legally. An additional 15 states have passed laws specific to the possession of cannabidiol (CBD) oil for therapeutic purposes.

Sixty-eight percent of registered voters “support the legalization of marijuana,” according to 2018 national polling data compiled by the Center for American Progress. The percentage is the highest level of support for legalization ever reported in a nationwide, scientific poll.

Majorities of Democrats (77 percent), Independents (62 percent), and Republicans (57 percent) back legalization. The results of a 2017 nationwide Gallup poll similarly found majority support among all three groups.

For far too long, our Congress has been intransigent regarding marijuana prohibition. Now is the time for lawmakers to come together and hash out a way forward to end the failed and cruel policy of criminalization.

Add your voice to the growing chorus demanding reform; send a message to your lawmakers in support of S 420!

Justin Strekal is the political director for NORML.