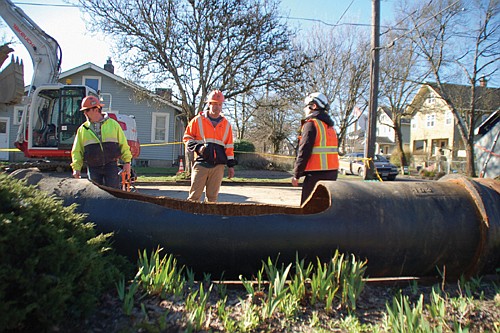 The deadline to file a claim for those potentially affected by the break is July 15. Residents who previously submitted a claim do not need to re-apply, officials said.

The cause of the pipe failure remains unknown. It was built in 1915 with a useful life of 200 years, officials said.

City Commercial Amanda Fritz said while the city found there was no negligence by the Water Bureau and the city was not responsible for damages, she and Mayor Ted Wheeler agreed that the city had a moral responsibility to compensate.