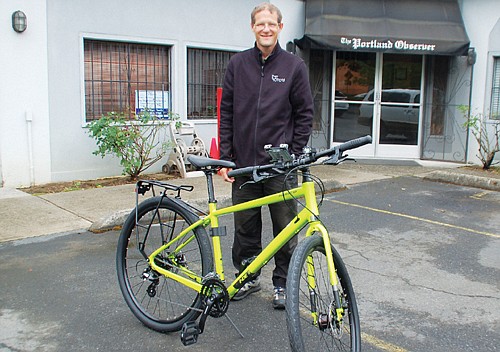 Gregory Reese had no way to pay for sight-saving surgery six years ago, when he lost his vision due to diabetes in his native New York. Thanks to the generous help of a Seattle doctor, who agreed to perform major surgery on Reese’s eyes if he promised to bring his blood sugar down, he can see again.

Now Reese is embarking on a five week bicycle ride across the country to raise awareness of retina disease, having left Portland Sunday for New York City, on two wheels.

Reese received the bike from a donation from Oregon City Subaru and plans to write a book about retinopathy.

To support Reese’s writing, and help pay for lodging, food, and bike repairs during his journey, donate to his GoFundMe page: Cycling for Sight Portland to New York.