The Moral and Ethical Case for Reparations 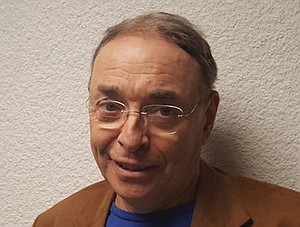 Aaron Campbell of Portland was young, black, unarmed, and suffered from mental illness, exacerbated by his brother’s death that day from kidney failure. He was distraught, of no danger to anyone, but police were called, and they shot him dead.

With his hands up. Unarmed.

Even off-duty black cops report being pulled over at alarmingly high rates. How much worse must it be for young black drivers who are not police officers? The significant issues with racial profiling include, but are not limited to black drivers and even black pedestrians being searched much more frequently and for dubious probable causes. With the higher rates of police interest, it naturally leads to higher rates of discovery (e.g., drugs), higher rates of arrest, charges, convictions and incarceration.

Other impacts include a lower rate of employment as a consequence of minority workers who face increased scrutiny because of criminal charges; more poverty, and even more profiling as a direct result of the higher rates of crime.

Thus behold the perfect positive feedback loop with negative consequence. Profiling leads to more arrests of the profiled group that leads to all the other social and personal consequences and then to the resultant additional profiling.

Now comes a social movement gaining traction straight into the US presidential primary--at least amongst Democratic candidates. Marianne Williamson was first to declare she would make it a central campaign issue, then Cory Booker, with Elizabeth Warren and Kamala Harris supporting a Senate inquiry into it.

Amongst the black intellectual peerage, Ta-Nehisi Coates and others are cogent about the justice, moral, and ethical rationales for making reparations.

In many ways, Coates is the spark for this modern revisit and rethink. His 2014 essay from The Atlantic, "The case for reparations," is a magisterial work, a litany of egregious treatment of African Americans from colonial-era slavery through 20th century legal theft--really robbery, since the discriminatory laws were ultimately backed by the armed agents of the state if it came to that. He broadened and deepened our understanding of this question and we see it finally seriously emerging now.

My partner, who is African American, rejects the notion of reparations that start with sending out money before fixing the core problems that still drive such high rates of pain and suffering in the black community.

"Start with universal health care," she says. "That looks like equal benefits for all and that is exactly what we don't have right now. Fix that first."

She is the daughter of a health care professional who made her own emendation to that disparate delivery system in her Ohio town by bringing a small but significant mobile clinic to provide at least a fraction of the basic health care so unfairly missing from the black community there.

My partner is a health care professional herself and hopes to bring such services to more who need it. She practices and thinks about health care and declares that racism is a threat to public health--indeed, there is a movement to push the Centers for Disease Control to make the same declaration, a movement she helps lead.