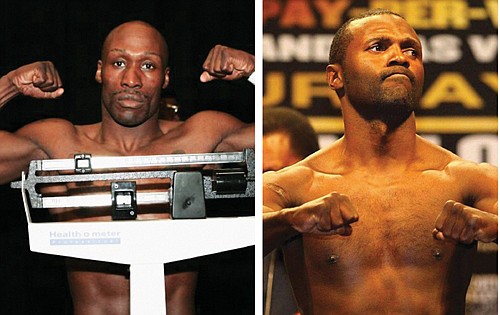 At 42 and 45 respectfully, Steve “2 Pound” Forbes and DeMarcus “Chop Chop” Corley will climb into the ring after over 130 professional bouts between them, having faced opponents like Floyd Mayweather Jr. and Oscar de la Hoya.

Forbes, 36-14 with 11 knockouts, says that while it’s not exactly the same as a full professional bout, the punches will definitely be real.

“Being that we’re both former champions, there will be a competitive thing there,” Forbes says. “I kinda want to see his tricks, and I’m sure he wants to see mine.”

Both fighters bring heaps of skills to the table, and Corley agrees that the exhibition will be competitive.