No More Waiting on the Call for Reparations

A burden black people can no longer endure 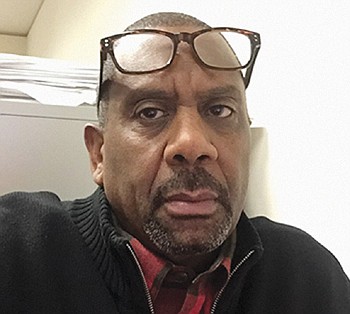 Have you ever been caught in the middle of "sumptin" where it seemed as if there was no way out? Like table tennis, you are "pinged and ponged" between two opposing forces: red and blue states. Incessantly, you are slammed into the net because neither side is willing to reconcile the dichotomy of America's ongoing white tribal war: benign neglect by Democrat liberals and recalcitrance by Republican conservatives. Malcolm X referred to this as the fox or the wolf for black people. This is the nature of reparations where white people are either asking black people to be patient like the Biblical Job or resign ourselves to the waiting room, get in line, take a ticket and listen out for their number (untold millions of Africans who died, as well as, those who were enslaved during the Christian/Atlantic enslavement trade) - which to this day has never been called. No reconciliation; no atonement; and no ealing.

This constant request from white people (some blacks as well) to be patient and wait are the critical reasons why Martin Luther King Jr. wrote the book Why We Can't Wait. King laid out several reasons to make his case during the tumultuous 60's. Those same reasons are applicable today for black people: disillusionment with the way justice is served up for black people; lack of confidence in politicians and the government; decolonization of Africa (today neo-colonialism); living out the true meaning of the Emancipation Proclamation; and economic inequality.

Even before the news pundits pontificate and before election gurus peer into their crystal balls, Presidential hopeful Bernie Sanders with his echo chamber renowned scholar, Cornel West have already told black people to forget about having reparations as part of Sanders' platform or the Democratic platform for that matter (although we are beginning to hear a faint chorus in favor of reparations from some Democratic hopefuls).

Need I remind my Democratic socialist and Christian revolutionary brothers thatanytime is the right time, as Spike Lee reminded us, to "Do the Right Thing!

The pain and suffering experienced by the Jewish people during the holocaust engendered "esprit de corps" with African-Americans from the Atlantic enslavement holocaust. But that is where the similarities end. The Reparations Agreement between Israel and the Federal Republic of Germany was signed in 1952. In short, Germany was to pay Israel for the costs of "resettling so great a number of uprooted and destitute Jewish refugees after the war and to compensate individual Jews." Three quarters of a century after the holocaust ended, former U.S. Ambassador Stuart Eizenstat negotiated settlements for victims who were not covered under previous agreements.

In contrast, when the Civil War ended in 1865, ideas on how to make the enslaved African-American "whole" were bandied about but never took hold. With the U.S. Presidential election between Hayes and Tilden hanging in the balance, the North conceded to the demands of the South by removing all Federal troops: unleashing another reign of white domestic terror known as Jim Crow. No reconciliation here Bernie... Cornel.