More proof what we know about Trump 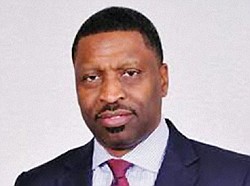 When someone shows you who they are, believe them the first time. Donald Trump has been showing us his true colors for decades.

Trump’s presidency and entire career has been an affront to civil rights so nothing in Michael Cohen’s testimony is surprising for a person that has historically racialized and stigmatized those around him.

From his racist housing practices, to his villainization of the Central Park 5, to his birther accusations against President Obama, to creating safe havens for white supremacists – all of this maps out the actions and personality of a liar and a racist who is wholly uninterested in advancing the cause of civil rights.

This testimony just further proves what we already knew: we have a sitting president, who is a co-conspirator to a potential crime of a foreign nation that meddled in our election, prompted voter suppression tactics and ultimately subverted our democratic process.

Trump has proven in his words, in his deeds and in his policies that he’s not worthy of his position as the leader of the free world and Cohen’s testimony only cements this.