Oregon Should Push Back on Income Inequality

Ultra rich have never been so rich 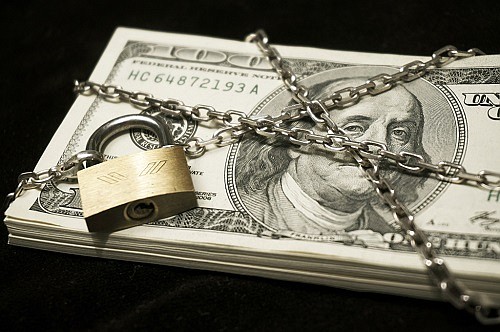 Oregon’s ultra-rich — the highest-earning one out of every 1,000 Oregonians — have never been so rich compared to the rest of Oregonians, according to new analysis by the Oregon Center for Public Policy.

Such extreme income inequality undermines the well-being and opportunities of most Oregonians, while weakening the economy. Oregon lawmakers should be doing everything in their power to push back against growing inequality.

Analyzing recently released data from the Oregon Department of Revenue from the 2016 tax year, the income of the average member of Oregon’s richest one-tenth of 1 percent was $4.5 million. That was an all-time high even after adjusting for inflation.

But it was not just the total dollars earned by the richest Oregonians that set a new record; it was also in how far the top-one tenth of 1 percent has pulled away from middle-income Oregonians. In 1980, the average income of the highest-earning 1 in 1,000 taxpayers was 26 times that of the Oregonian in the middle of the income ladder. By 2016, it was 127 times larger.

The income of the average member of the top 1 percent — the richest 1 out of every 100 Oregonians with income of at least $401,000 — also increased in 2016, though it still stood below the all-time high reached before the Great Recession.

Still, the top 1 percent together earned more income than the bottom half of all Oregonians combined.

While observing that income inequality has been building over the years, the analysis noted a sharp rebound in inequality since the end of the Great Recession. From 2009 to 2016, the average income of the top one-tenth of 1 percent in Oregon increased by about $1.7 million, and the average member of the top 1 percent as a whole saw their income increase by about $167,000. Meanwhile, the typical Oregonian saw an increase of just $1,600.

With the Oregon legislative session in full swing, lawmakers should confront the problem of income inequality.

We need to make big investments in education, health care, and affordable housing to ensure every Oregonian can share in Oregon’s growing economy. And to pay for these investments, Oregon needs to ask more from those reaping the greatest profits from our economy, the rich and the corporations.

Daniel Hauser is a policy analyst and Juan Carlos Ordóñez is the communications director for the Oregon Center for Public Policy.