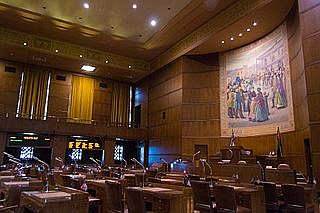 (AP) -- The Oregon Senate last week unanimously voted to curtail some of the policing authority from security officers hired to patrol college campuses.

The proposal, which now goes to the House, is known as "Kaylee's Law" after Kaylee Sawyer, a 23-year-old who was raped and murdered by a Central Oregon Community College security guard in 2016.

Security officers will no longer have stop and frisk authority under the bill. Schools must also conduct national background checks on potential hires.

Students from Portland State University pushed a similar bill that would prohibit campus police from carrying a gun, responding to a deadly shootout near campus last year. That measure isn't expected to move forward this session.