May vote a choice for school board direction 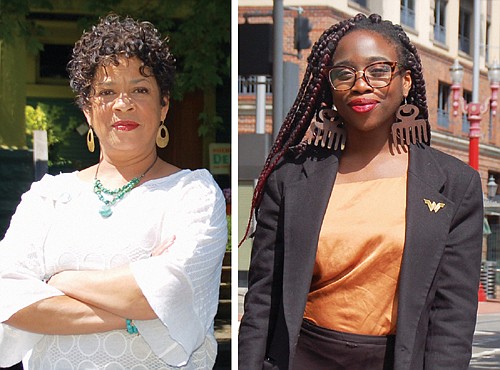 Michelle DePass (left) is compassionate about making a difference in a Portland school system that fails kids of color. Shanice Clarke (right) identifies with the value of doing holistic work with students to overcome obstacles and improve outcomes for disadvantaged students. Both are running for the Portland School Board in a May 21 vote-by-mail election. ,

Two well qualified African American candidates are vying for the Portland School Board in a vote-by-mail election on May 21. It means that for the first time in more than a decade, at least one black member of the community will be represented on the seven-member governing panel when the district begins its new fiscal year in July.

Michelle DePass and Shanice Clarke are both running from Zone 2, representing the cluster of schools that historically have feed into Jefferson and Cleveland high schools from inner north, northeast and southeast Portland. The geographic area also includes Benson High School. The incumbent Paul Anthony is not running for re-election after one term.

Despite their similar goals, backgrounds and experiences, both candidates are distinct.

Read more about each candidates’ backgrounds, experiences, and qualifications in the Portland Observer’s in-depth profiles in our May 8 issue out this week or at portlandobserver.com.