Parkrose advances with their hero coach 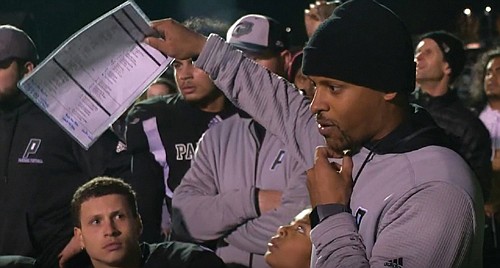 The Parkrose football team made school history Friday with its first playoff game victory ever by defeating Lebanon, 59 to 20. In just his second season at Parkrose, Lowe has taken a team with a 0-9 winless record before his arrival to making the playoffs for the second year in a row.

Lowe is the hero coach and school security guard who made national news last May when he stopped a student from discharging a gun at the northeast Portland school. A Portland resident and former University of Oregon football player, he was able to peacefully disarm the 19-year-old and then embrace the student, putting the emphasis on the humanity of the situation, a student later determined to have only wanted to harm himself.

Parkrose was playing only its third football playoff game at home in school history against Lebanon. Next up, the team goes on the road to play on Friday at 7:30 p.m. in Central Point against Crater High School, the No. 2 ranked 5A team in the state.