When Simply Living is seen as Suspicious

My questions for mall management 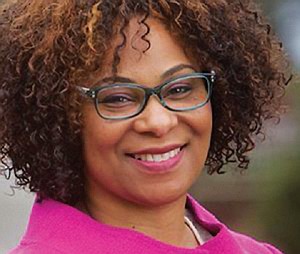 Editor’s note: The following statement by State Rep. Janelle Bynum, a black lawmaker from Happy Valley, was issued in response to Clackamas Town Center management stating its policy to ask people suspected of loitering to leave in line with priorities to keep people safe, after a recent case involving her daughter and her daughters friends.

The incident took place in the parking lot across from the movie theater, which was open to the public and is a common place for people to wait for movies to begin or manage pickups and drop-offs.

At the time, the three teenage girls, two black, one Asian, were simply figuring out how to repair their foiled movie plans after being refused at the Cinemark Theaters because one of the girls lacked an ID.

The girls were in my daughter’s car drinking chocolate milk, eating Kit Kats, and on their phones looking up homecoming dresses. Why were they approached by security? Why was the officer interested in their car? Was his intent to allow them to stay, or was it to ask them to leave? How did he communicate his intent?

Please explain why older white women have reported being able to sit in their cars for hours in the parking lot and have never been approached about the “strict no-loitering policy. The girls left after the security interaction. What would have been the procedure if the girls had not moved? The vehicle plates were logged and the security person had both a white and a yellow sheet with him. What information was taken and how will it be used in the future?

This story has spawned public outrage because it is yet another example of how African American teens can be doing something as simple as eating candy and drinking chocolate milk and it still qualifies as suspicious activity.

All teens view going to the mall as an American rite of passage and it shouldn’t be exclusive to those who have the right “look.”

State Rep. Janelle Bynum represents parts of Multnomah County and Clackamas County, including the southeastern most part of Portland, most of Happy Valley and Damascus.