Position has no incumbent in crowded field 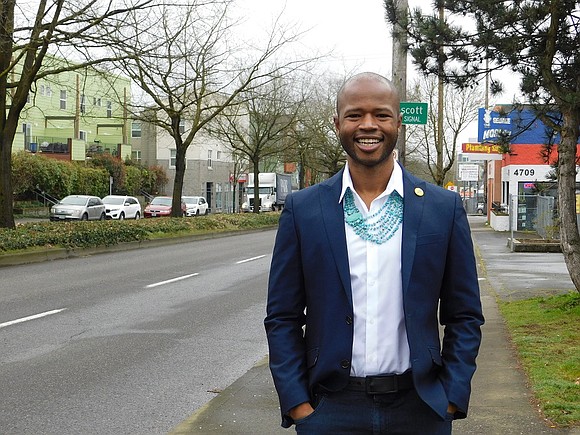 Steeped in Portland political activism for a decade, Cameron Whitten is stepping up to run for elected office by seeking a seat on the Metro Council in the upcoming May 19 Primary. Metro is a regional government which manages growth, infrastructure and development issues that cross jurisdictional boundaries. Whitten most recently served as executive director of the nonprofit Q Center and is founder of the racial justice nonprofit Brown Hope. Photo by Beverly Corbell