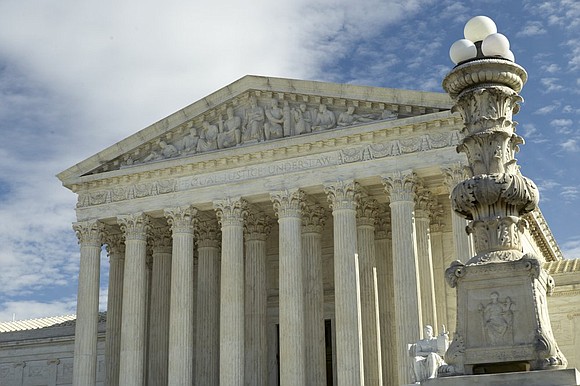 The Supreme Court ruled Monday that the U.S. Constitution requires a unanimous jury for state criminal convictions, invalidating the part of the Oregon constitution that allows for non-unanimous jury convictions. The ACLU filed a friend-of-the-court brief in the case.

The Supreme Court ruled Monday that juries in state criminal trials must be unanimous to convict a defendant, turning back laws born of bigotry that had allowed divided votes to result in convictions in Oregon and Louisiana.

Justice Neil Gorsuch wrote for the court that the practice is inconsistent with the Constitution’s right to a jury trial and that it should be discarded as a vestige of Jim Crow laws in Louisiana and racial, ethnic and religious bigotry that led to its adoption in Oregon in the 1930s.

“In fact, no one before us contests any of this; courts in both Louisiana and Oregon have frankly acknowledged that race was a motivating factor in the adoption of their states’ respective nonunanimity rules,” Gorsuch wrote.

The ACLU filed a friend of the court brief in the case, saying that the non-unanimous convictions in Oregon were passed via a ballot measure in 1934 that also reflected anti-Jewish, anti-Catholic, and anti-immigrant sentiment of the time

Oregon was the last state in the nation that allowed non-unanimous convictions.

The justices’ 6-3 vote overturned the conviction of Evangelisto Ramos. He is serving a life sentence in Louisiana for killing a woman after a jury voted 10-2 to convict him in 2016.

Now the same rules will apply in all 50 states and in the federal system: Juries must vote unanimously for conviction.

“We are heartened that the Court has held, once and for all, that the promise of the Sixth Amendment fully applies in Louisiana, rejecting any concept of second-class justice,” Ramos’ lawyer, Ben Cohen, said in a statement. “In light of the COVID-19 crisis, it is essential that prisoners who are wrongfully incarcerated be given the chance for release as soon as possible.”

The outcome will affect defendants who are still appealing their convictions. But for defendants whose cases are final, it will take another round of lawsuits to figure out whether the high court ruling applies to them.

The Supreme Court last took up the issue in 1972, when it ruled that nothing in the Constitution bars states from allowing some convictions by non-unanimous verdicts, even as it said that the Sixth Amendment requires unanimous verdicts in federal criminal cases. The case turned on the vote of Justice Lewis Powell.

“There can be no question either that the Sixth Amendment’s unanimity requirement applies to state and federal criminal trials equally,” Gorsuch wrote Monday.