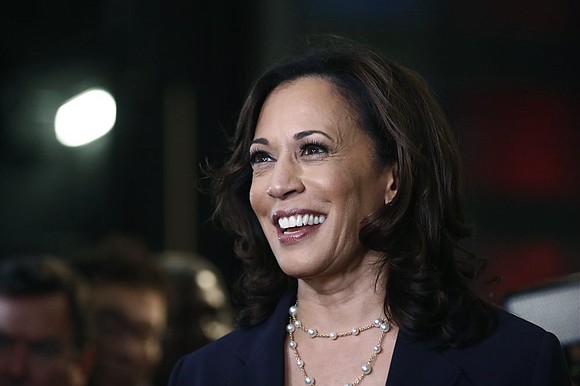 “I have the great honor to announce that I’ve picked @KamalaHarris — a fearless fighter for the little guy, and one of the country’s finest public servants — as my running mate,” Biden tweeted. In a text message to supporters, Biden said, “Together, with you, we’re going to beat Trump.”

Harris and Biden plan to deliver remarks Wednesday in Wilmington.

In choosing Harris, Biden is embracing a former rival from the Democratic primary who is familiar with the unique rigor of a national campaign. Harris, a 55-year-old first-term senator, is also one of the party’s most prominent figures and quickly became a top contender for the No. 2 spot after her own White House campaign ended.

Harris, who is also Indian American, joins Biden in the 2020 race at a moment of unprecedented national crisis. The coronavirus pandemic has claimed the lives of more than 150,000 people in the U.S., far more than the toll experienced in other countries. Business closures and disruptions resulting from the pandemic have caused an economic collapse. Unrest, meanwhile, has emerged across the country as Americans protest racism and police brutality.

Trump’s uneven handling of the crises has given Biden an opening, and he enters the fall campaign in strong position against the president. In adding Harris to the ticket, he can point to her relatively centrist record on issues such as health care and her background in law enforcement in the nation’s largest state.

Harris’ record as California attorney general and district attorney in San Francisco was heavily scrutinized during the Democratic primary and turned off some liberals and younger Black voters who saw her as out of step on issues of systemic racism in the legal system and police brutality. She tried to strike a balance on these issues, declaring herself a “progressive prosecutor” who backs law enforcement reforms.

Biden, who spent eight years as President Barack Obama’s vice president, has spent months weighing who would fill that same role in his White House. He pledged in March to select a woman as his vice president, easing frustration among Democrats that the presidential race would center on two white men in their 70s.

Rice congratulated Harris on her selection, calling her a “tenacious and trailblazing leader.” Rice said she would support Biden and Harris “with all my energy and commitment.”

Bass tweeted, “@KamalaHarris is a great choice for Vice President. Her tenacious pursuit of justice and relentless advocacy for the people is what is needed right now.”