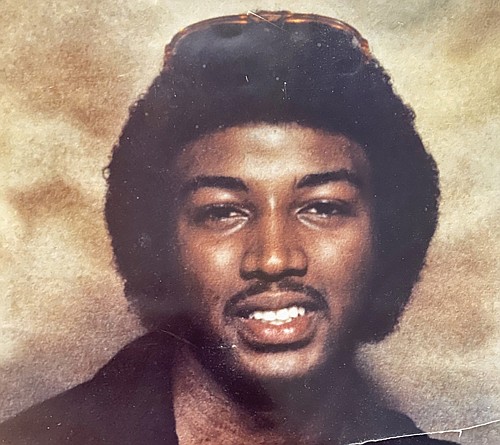 Norise Massenburg was born in Tyler, Texas on Jan. 5, 1960 to Morine and Liselle Massenburg. Although the world knew him as Norise, to family he was “Pokey.”

Norise attended John Tyler High School where he excelled in basketball, football and track. After graduating from high school in 1978, he attended Texas State Tech Institute in Waco, Texas where he received an Associate’s Degree.

In 1982 Norise enlisted in the U. S. Coast Guard. This duty led him to the Portland area where he spent most of his adult life. Norise’s experience with the Coast Guard played a very important role in his life. During his enlistment, he was well received and was commended for his services.

He also had an accomplished career as a welder, which spanned more than 20 years. His metal works exist throughout numerous high-profile facilities including the Oregon Convention Center and Moda Center.

In 2008 Norise married his wife Melinda. The pair enjoyed 12 blessed and blissful years together in Vancouver, Wash.

Norise was a man of many hobbies. He loved barbecuing, dancing, fishing, listening to jams on the stereo and driving his cars around town. He was an avid supporter of the Dallas Cowboys and carried a tremendous sense of humor, which charmed or dug under the skin of anyone who knew him. He was considered the greatest horse race bettor on this side of the Mississippi and was often found collecting Trifecta winnings at Portland Meadows raceway.

Norise was preceded in death by his parents Loiselle and Morine Massenburg, daughter Rachelle Massenburg and sister Jesse Taylor. He is survived by his wife Melinda, son Julian, brother Carlon Taylor, sisters Katherine Johnson and Kathlene Rhymes, and a host of other family and friends.