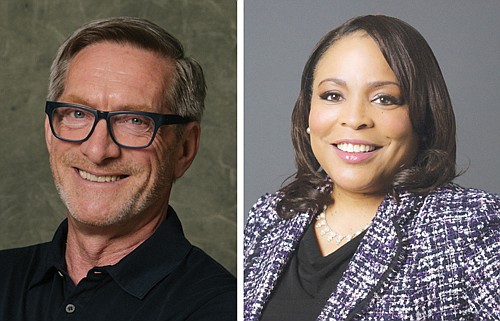 Dan Ryan, a former Portland School Board member and executive director of a youth advocacy organization, will fill a vacant position on the Portland City Council left open by the death of City Commissioner Nick Fish in January.

Ryan narrowly outdistanced former Multnomah County Commissioner Loretta Smith in last week’s special runoff election to immediately fill the two years remaining of Fish’s term. The contest was a sequel to a May Primary election in which no candidate in the race captured a majority vote.

In the Aug. 11 special runoff, Ryan captured 51 percent of the vote to 48 percent for Smith, a crushing loss to a long time member and advocate for Portland’s African American community.

Smith issued a statement on Facebook thanking her supporters, pledging to continue promoting progress for Black people in Portland, and asking others to join her.

“For all of us who genuinely believe that Black Lives actually do matter, I call on you to stop being silent and complacent to the anti-blackness that has permeated every facet of our community,” she said. “Indeed we cannot truly call ourselves a progressive city when progress is not being made for Black people in Portland.”

Ryan, who served as chief executive officer of the educational nonprofit All Hands Raised, said he was honored and humbled to be elected. He thanked Smith for bringing her passion and love for the city into a special election race run amidst a global pandemic and largely defined by unrest surrounding police violence and the Black Lives Matter movement.

“This campaign was about bringing Portlanders together to address the issues we all face,” he said. “Our city is in crisis and I am eager to join in and get to work,” he said.