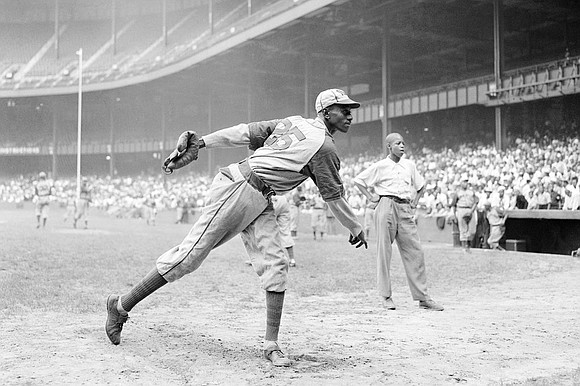 Kansas City Monarchs pitcher Leroy Satchel Paige warms up at New York's Yankee Stadium before a Negro League game between the Monarchs and the New York Cuban Stars on Aug. 2, 1942 in this file photo from AP. Major League Baseball has reclassified the Negro Leagues as a major league and will count the statistics and records of its 3,400 players as part of its history, the league announced Wednesday, saying it was "correcting a longtime oversight in the game's history." (AP Photo)