Jazz Violinist of Her Generation 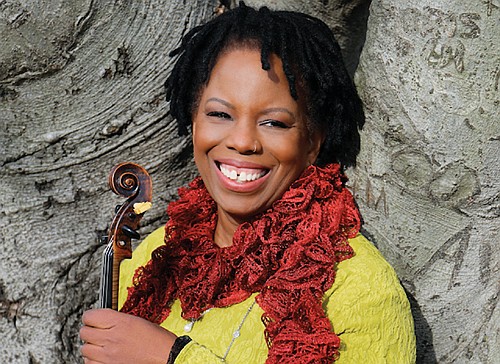 Carter, an African American who was born in Detroit and considered one of the finest jazz violinists of her generation, made her debut as a concerto soloist performing Schiff’s work with the Detroit Symphony in 2004, which included the premiere of a special solo at the beginning of work composed just for her.

For the Portland concert, the Grammy-nominated Carter will also perform with the Metropolitan Youth Symphony Jazz Ensemble in an exhilarating set of jazz classics from jazz legend Charles Mingus, to a world premiere by John Blewster, from the Portland Jazz Composers Ensemble youth program.

Carter is widely hailed for the mastery of her instrument and her drive to expand its possibilities. The Los Angeles Times called her “a talented, charismatic player who is almost single-handedly reviving interest in the violin as a jazz instrument.” Most recently, she was awarded a Doris Duke Artist Award, and in 2018 was appointed as the Director of the New Jersey Performing Arts Center’s All-Female Jazz Residency, a unique summer immersion program for aspiring women jazz professionals.