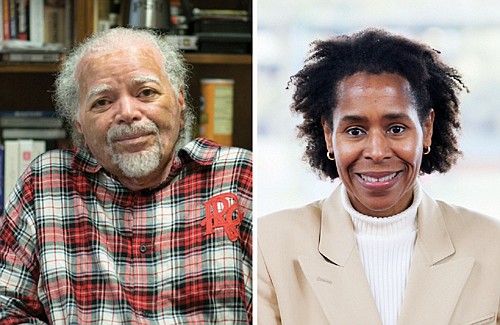 The painful impacts of white supremacy in Oregon is getting a statewide focus just in time for Black History Month thanks to two leading professors of black history in Portland and their work with the Oregon Historical Society.

“We are not responsible for the past, but we are responsible for our relationship to the past,” Portland State University Professor Emeritus Dr. Darrell Millner says in the most recent issue of the Oregon Historical Quarterly journal.

Millner and Portland State University visiting professor Dr. Carmen Thompson were enlisted over the course of two and a half years by the Quaterly’s editorial staff to draw on the lifetimes of scholarship of dozens of authors and produce a nuanced investigation of this complex and uncomfortable aspect of our state’s history.

While the content of the focus is grounded in the past, it was inspired by the June 2017 murders of two men who were killed in a confrontation with another man accused of making racist taunts on a Max light-rail train. The Oregon Historical Quarterly’s editorial advisory board decided to respond to an increase in public displays of white supremacy by doing what our journal does best — publishing authoritative scholarship about our state’s history. The hope is that this special issue will help people understand how white supremacy, both spoken and unspoken, has presented itself in Oregon’s past and also informs our present.

“I hope readers get a sense that white supremacy is part of American DNA and that it operates and has operated at every level of American life since settlement,” Thompson said in an interview for the Oregon Historical Society blog, Dear Oregon. “The phenomenon of white supremacy is not accidental or coincidental; our governments and institutions have planned and proliferated it from the beginning. I also want readers to understand the concept of whiteness — ongoing, daily expectations of privilege — and how its associated effects can be overcome, or at least mitigated, through open dialogue and acknowledgment of the cost and consequences of our nation's hierarchical racial system.”