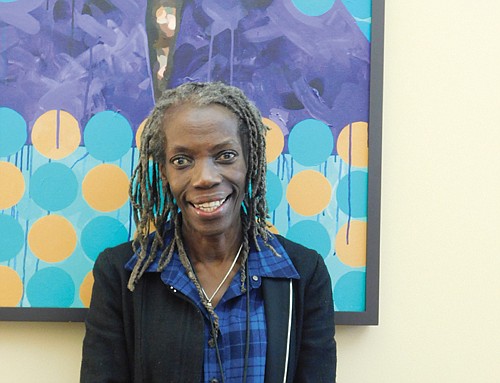 When City Commissioner Jo Ann Hardesty, herself a historic leader at Portland City Hall, thinks about Black History Month, she thinks about Charles Jordan, the first African American Portland city commissioner, who served from 1974 to 1984.

“I had the privilege of meeting him and getting to know him,” she said. “And what I learned from his legacy is that there is always strong leadership from people of color communities, but the problem is whether they are recognized by everybody else.”

Hardesty, who first was elected to pubic office in the Oregon House of Representatives from 1995 to 2001, is widely recognized today because of her historic City Council race last year in which she became the first African American female on the council. It followed two decades of outspoken activism for progressive causes.

She served in the trenches as a community organizer as executive director of Oregon Action, building a movement for justice in Oregon led by people of color, immigrants and refugees, rural communities, and people experiencing poverty, and later as president of the Portland NAACP. She also hosts a progressive radio show, “Voices from the Edge,” on KBOO Radio.

In an interview with the Portland Observer for Black History Month, Hardesty talked about her work and what it takes to overcome obstacles.

Because of her activism, Hardesty said there was a public misperception that she couldn’t build coalitions, that she “was just a bullhorn and would just yell at people,” but that’s not true, she said.

Calling herself “a community organizer who happens to have a seat on the City Council,” Hardesty said she brings those grassroots skills to the table of city government.

“My style is radically different from my colleagues because I have always come to this work from a position of, ‘Who’s most impacted, how do we hear their voices, and how do we make sure they’re part of helping us develop what the solution is?’ ” she said.

The full council heard those impacted voices, when under Hardesty’s leadership, commissioners developed a plan for Portland Street Response, a new pilot program that will start this spring that will use mental health professionals instead of police in responding to some non-emergency calls, many of which come from homeless camps. But before coming up with a plan, volunteers went out and interviewed hundreds of homeless first, to see what they needed.

“We very intentionally started out talking to the houseless people before we started talking to the neighborhoods and the business associations,” Hardesty said. “We wanted to make sure that we were grounded in what houseless people said they needed. It’s a different way to go and I think people of color govern differently and I think women govern differently.”

Women also lead differently in crisis situations, and although she’s a frequent critic of police brutality, Hardesty said one reason that there was no major disturbance to the peace last August when white supremacists and anti-supremacists clashed in downtown Portland, was that women, including former Police Chief Danielle Outlaw, were in charge and kept confrontations to a minimum.