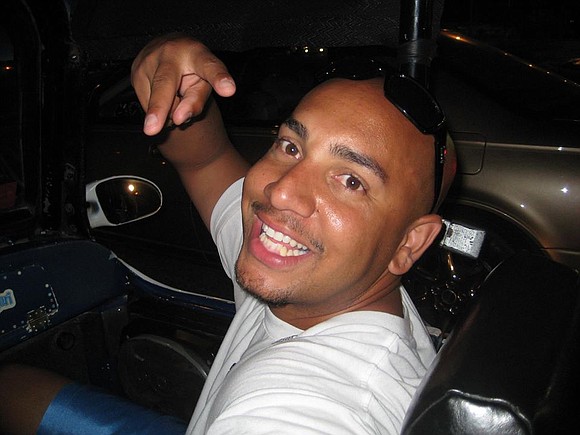 Jason Washington is pictured in this image from his Facebook page. The Portland father, U.S. Veteran and postal worker died in a shooting at the hands of Portland State University police in June of 2018.

As part of a settlement to avoid a lawsuit, Portland State University has awarded $1 million to Michelle Washington, widow of Jason Washington, a black father, U.S. postal worker and Navy veteran from Portland who was shot to death by campus police in June of 2018.

A portion of the settlement will be used to set up a Jason Washington Memorial Scholarship at the school, according to a joint press release on Dec. 31 from the Washington family and PSU.

Washington was shot outside the Cheerful Tortoise bar, just off the PSU campus, after he had intervened to stop a fight after an afternoon and evening of drinking in local bars with two Navy buddies. His friend Jeremy Wilkinson was legally armed and handed Washington his gun during a confrontation that escalated outside the establishment. That’s when police confronted Washington. Both men had concealed weapon permits.

James Dewey and Shawn McKenzie, the two campus police officers involved in the shooting, have left the force. A Multnomah County grand jury ruled the shooting was justified.

The university decided to arm campus officers in a controversial 2014 vote, and this fall, after a decision by the PSU Board of Trustees to keep officers armed, students and members of Washington’s family protested, with calls to boycott the school.

Michelle Washington, Jason Washington’s widow, spoke to the board at the time and begged them to stop arming campus police.

“I know the decision’s been made and there’s nothing we can do,” she said. “But I pray that one day you guys change your mind, hopefully sooner than later, so this doesn’t happen to anyone else.”

Percy said the shooting has made the university reassess its approach to campus safety, which included hiring an independent public safety consultant who led several campus forums and produced a report with lengthy recommendations.

Among them, as Percy announced after the October board meeting, were plans for enhanced training in the use of force, including de-escalation techniques; increased oversight by a university committee of students, faculty, staff and community members; hiring new student safety ambassadors and new officers; expanding building security; and better coordination between officers and support service professionals.

Michelle Washington responded to the settlement of the lawsuit in the prepared statement between her and PSU.

“We have come to a resolution that acknowledges our profound loss. However, the pain and emptiness that we are consumed with daily will be part of us for the rest of our lives,” she stated. “Our goal is that these changes will bring about awareness and help prevent this type of tragedy from ever occurring again. We pray that no family will ever endure the pain and suffering of losing someone as irreplaceable as Jason.”