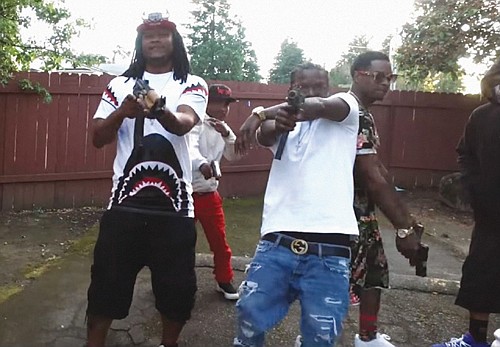 A music video posted to Youtube that glorified firearms was investigated by Homeland Security and led to the arrest of two Portland men for illegal position of a firearm.

Two Portland men have been charged with possessing the same stolen handgun after a music video that glorified firearms was investigated by Homeland Security.

Miller and Jones joins Desmond Boris Washington, 34, also of Portland, who was previously charged in a separate criminal case for unlawfully possessing the same handgun. All three men are convicted felons and not permitted to possess firearms, prosecutors said.

Agents recovered the stolen firearm while executing a search warrant on Washington’s Portland residence. The men memorialized the firearms in a music video posted to YouTube, authorities said.