Most Thrilling Musicians on Film 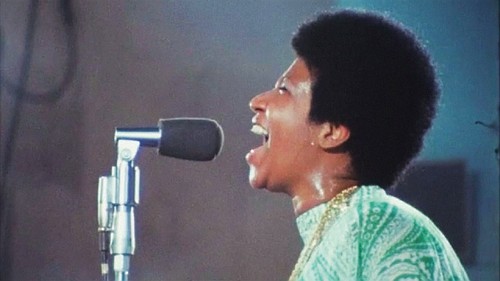 The 37th edition of Portland’s beloved Reel Music Festival takes off this week featuring a line-up of cutting-edge work focused on some of today’s—and yesteryear’s—most thrilling musicians.

Whether in new films detailing careers and legacies or in archival films unspooling some of the greatest concert footage ever committed to celluloid, Reel Music strives to unearth the best in music-on-film.

Aretha Franklin’s “Amazing Grace,” completed in 2018 after 40 years of languishing, is one of the festival’s highlights, capturing the late Queen of Soul at her captivating best, recording a gospel album in 1975 at the New Temple Missionary Baptist Church in Los Angeles. The film will show on Sunday, Jan. 26 at 4:30 p.m.

More than two dozen films in total, from jazz, blues, folk, rock, electronic, world, classical—and anything between—are scheduled over the course of the festival through Feb. 16, all at the Whitsell Auditorium at the Portland Art Museum, downtown. Admission is $10 and $8 for students and seniors. For a complete schedule, visit nwfilm.org.