Film Screens with Call to Action 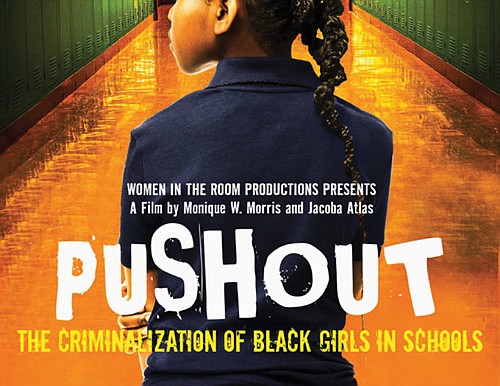 Warner Pacific University hosts a screening of the documentary “Pushout: The Criminalization of Black Girls in School,” on Monday, Feb. 3 from 6 p.m. to 8:30 p.m.

The community is invited to see the injustice and consider the solutions behind a new trend making African American girls the fastest-growing population in the criminal justice system when Warner Pacific University hosts a screening of the documentary “Pushout: The Criminalization of Black Girls in School,” on Monday, Feb. 3 from 6 p.m. to 8:30 p.m.

Pushout is a new film that shows African American girls are the only group of girls disproportionately experiencing harsh discipline at every grade level. The screening is hosted by HOLLA and Bars to Bridges in partnership with Warner Pacific and OnPoint Community Credit Union. Refreshments will be offered before and during the screening and youth from both HOLLA and Bars to Bridges will share their personal stories immediately following the film.

“This documentary is an opportunity for the black community and beyond to finally see that this is not a niche issue and can become a vicious cycle if we do nothing,’’ said Monique W. Morris, executive producer of the film and author of the book.

By recounting the stories of black girls around America, Pushout reveals alarming disparities in the education and justice system in America. While mass incarceration and its effects on young black males have been widely covered, black girls have been left without a space at the table. The documentary tackles this issue by sharing their stories.