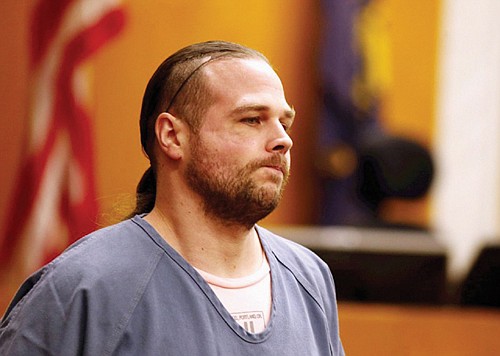 The trial of Jeremy Christian, the Portland man accused of stabbing two men to death after they came to the defense of two girls on a Tri-Met Max train in 2017, started Tuesday following jury selection and is expected to take a month, officials said.

The whole city was shocked to learn about the violent deaths of Taliesin Mryddin Namkai-Meche and Ricky Best, and the life-threatening injury of Micah Fletcher on the light-rail train near the Hollywood station in northeast Portland.

According to court documents, the three men were passengers on the train when Christian began yelling anti-Muslim rants at two high school students, one wearing a hijab and the other an African-American.

Portland police have called the case the biggest in the last decade. Christian is claiming self-defense.