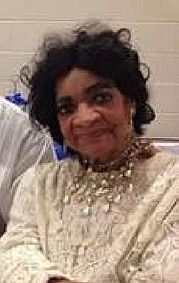 Wilma Pauline Graham passed away peacefully Thursday, June 11, 2020 of natural causes after a long illness. She was born in Hazelhurst, Miss., Jan. 12, 1934 to George Byrd and Georgia Tillman, and was the oldest of four children. She was raised in Empora, Miss., with her Aunt Hopie and Uncle Charlie White.

She traveled to Oregon and joined Vancouver Avenue First Baptist Church, where she met deacon Elijah Graham Sr. They were married in 1952, which was the first wedding at the church. They had two sons Elijah (Tim) Graham Jr. (Leisa) and Tony Andre Graham.

Wilma was a Licensed Practical Nurse for 50 years. She worked at Emanuel Hospital, Holiday Park and OHSU, retiring as head nurse at Terwilliger Plaza.

Wilma had a loving, giving spirit. She enjoyed entertaining her family and friends. She loved antiques, decorating her home, going fishing and getting dressed up!

Wilma was preceded in death by her husband, Grand Master Mason and Deacon Elijah Graham Sr.; her mother Georgia; father George; brother Willie Zeal and sister Alice Faye. She leaves behind to celebrate her memory, her sister Ruth, her sons, grandchildren and numerous other family members.

We lost a beautiful wife, mom, sister and grandmother. She will FOREVER be in our hearts.

The family would like thank Cherrywood Parkview Memory Care.