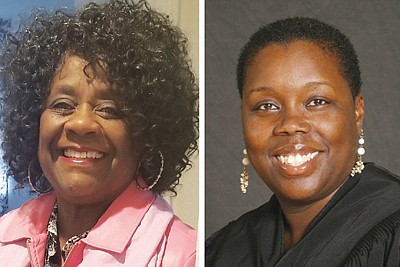 Nelson and Gary-Smith join Belinda Carroll, a stand-up comedian and LGBTQ activist, and Andrea Paluso, co-founder of a nonprofit building economic and political power for mothers and caregivers, as the commission’s 2019 Women of Achievement winners. The honorees will receive their awards on Tuesday, March 10 as part of a Women’s History Month proclamation signing ceremony by Oregon Gov. Kate Brown.

Over the years, Judge Nelson has been a tireless advocate and mentor for others, helping people succeed by living their best lives. She is a frequent speaker on several topics including diversity, inclusion, equity, leadership and professional development. She sits on the Reed College Board of Trustees, chairs the Self-Enhancement, Inc. (SEI) Board of Directors, and serves on the Girl Scouts Beyond Bars Advisory Board.

Sharon Gary-Smith is a native‐born Oregonian, a second-generation racial and social justice activist and community leader. She served as the first national director of self-help programs for the National Black Women’s Health Project in Atlanta, was a vice president for the Austin Area Urban League in Texas, and was a special advisor to the late Texas Gov. Anne Richards. Recently she led the MRG Foundation, Oregon’s leading social justice fund for more than five years, retiring in 2016.