Scores of International Films to See 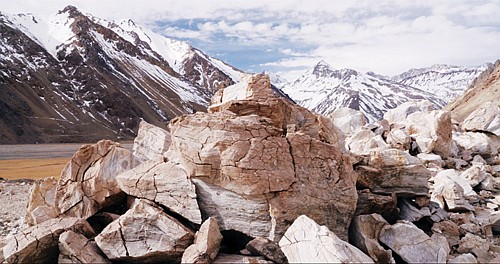 Acclaimed Chilean filmmaker Patricio Guzmán takes on the world’s longest mountain range, the peaks that delineate the Chile-Argentina border, in a new documentary about the victims of the late Augusto Pinochet’s brutal dictatorship, as well as protests that shake Chile today. “The Cordillera of Dreams,” is one of the top films screening at the Portland International Film Festival. Photo courtesy Icarus Films

The 43rd Portland International Film Festival (PIFF) opens Friday, March 6, and runs through March 15. The festival runs a full week shorter than in prior years, but with more mid-day screenings, so if your schedule is flexible enough, you still have the opportunity to see scores of films during the festival run. I'll squeeze in 30 films from all over the world when it's all said and done.

I've caught three films in previews. The best is "The Cordillera of Dreams," the final film in a stunning trilogy by documentary filmmaker Patrizio Guzman, who has lived and worked in exile from his native Chile since the beginning of Pinochet's violent coup in 1973. Since then Guzman has made more than 40 films about Chile; in this trilogy, the elements and Chile's dramatic landscape are enlisted to support a spiritual investigation into the country's troubled and unresolved history. In "Nostalgia for the Light" (2010), archeological investigation of the Altacama Desert and astrological investigation of the night sky become parallel entry points into the search for the disappeared in Chile; in "The Pearl Button" (2015), the water that surrounds Chile, with its unusually long coastline, contains the memories of violence that began with colonizers and slavers who changed everything forever, and its tides have washed away evidence of their crimes. Here, Guzman's point of investigation is the Andes mountains, the largely impassable Cordillera (the mountain range to the south that towers over Santiago and accounts for the majority of the country's land mass). Guzman, who again narrates this personal film, employs gorgeous cinematography by Samuel Lahu to reflect on what these mountains have seen, as economic development has been built on the edifice of a brutal dictatorship whose atrocities have never truly been accounted for. Guzman employs interviews with Chileans who have stayed, especially a writer and a cameraman, Pablo Salas, who has dedicated his life to amassing footage of the government's public response to protestors, which he acknowledges is a tiny fraction of the denied and hidden story of government action. A tiny though significant fraction of Salas's store of footage offers windows here into what these mountains have seen in recent decades, as Guzman and his guests reflect on what it means for the country to carry this ignored history in the way it does, and on the significance of the courage it takes to hold on to the truth in Chile. Guzman's meditative work is rich with spiritual insight, and will play on March 9 and 11.

"Martin Eden" benefits from a riveting lead performance by Luca Martinelli, who is absolutely going places. The film transplants a Jack London novel originally set in Oakland, Calif. in the early 1900s to Italy during unspecified but apparently later times during the 20th century. Apparently London's novel, with its focus on class struggle, has retained its popularity in Europe; in this retelling, an uneducated, working class sailor meets a beautiful, upper-class woman, falls hard for her, and becomes obsessed with becoming a writer himself. There are some compelling scenes here, especially one in which Martin calls out his girlfriend's snooty relatives and friends for purporting to believe in market forces while insisting on manipulating those forces only to benefit themselves. Overall, the politics and storytelling get a little muddled, but the film, interspersed with documentary footage of the downtrodden, still manages to be mostly engaging. You can see it on March 11 and 13.

I can't convey the same enthusiasm for "Swarm Season," the first feature-length documentary by director Sarah Christman. She seeks to suggest the patterns between three very loose stories set in Hawaii: The painstaking efforts of a girl and her mother to collect and care for wild bees in order to breed disease-resistant colonies; the efforts of the girl's father and other indigenous activists to shut down construction of a telescope on a sacred mountain; and the emergence of six NASA astronauts from six months of simulated life on Mars. The cinematography is ravishing, and director Christman sees profound connections between the three stories of survival and preservation, but doesn't manage to illuminate them well, so you are left to guess what is happening and why it is important. The meaning you find is what you bring to it. The film will play March 9 and 11 at Cinemagic.

A pass is the best way to really take advantage of the vast array of PIFF offerings; passes and individual tickets are available on the festival website, cinemaunbound.org, and are best purchased ahead of time. 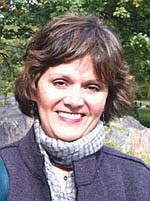