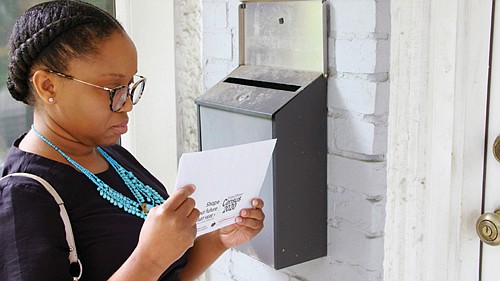 2020 Census notices are being mailed between now and the end of the week on March 20 and households are being asked to complete a Census count online. If requests are not followed up there will be forms sent by and door-to-door Census counts. The results of the Census directly affect what resources the federal government provides to local communities and determine the number of representatives in Congress.

According to the website 2020census.gov, for example, the Census influences what is allocated from Congress to highway planning and construction for states and municipalities based on population, impact grants for local public transit like TriMet, and determine federal allocations for teachers serving diverse populations, including Head Start and special education.

“The list goes on,” the Census website states, “including programs to support rural areas, to restore wildlife, to prevent child abuse, to prepare for wildfires, and to provide housing assistance for older adults.”

Census data also helps communities respond to natural disasters and secure funding for hospitals and fire departments, libraries, nutrition programs and as well as determining the number of members each state sends to the House of Representatives.

Misty Slater, U.S. Census media specialist for Oregon, Nevada and Idaho, said in a phone interview with the Portland Observer that people have several options to respond to their Census form. They can respond via mail, phone or online at my2020census.gov.

If people don’t respond to the first requests, they’ll get a reminder postcard, and if they fail to respond then, a census worker will come to their door between May and July to help them complete the questionnaire.

Census officials say they are carefully monitoring the coronavirus (COVID-19) situation and will adjust some operations with two key principles in mind: Protecting the health and safety of Census workers and the public and fulfilling a statutory requirement to deliver the 2020 Census counts to the President on schedule.

Slater said people should take note that the census questionnaires will be addressed “To Resident,” but it’s not junk mail and they should go ahead and complete the form.

People will also have many options to reply in languages other than English,

“For online and phone, we have 12 language options other than English,” she said. “From our five-year community survey, we found these were the top languages and we have a designated phone number for each one.”

People can also find video instructions in up to 59 different languages on the U.S. Census website.

The Census Bureau will not ask whether a person is a citizen or not, a decision that went against the wishes of the Trump Administration in a court ruling last year which eased the concerns of minority and immigrant groups who feared it would cause people not to participate.

Officials said there are four other things the Census will never ask for: Social Security numbers, donations or money, anything on behalf of a political party and bank or credit card account numbers. If anyone claims to be from the Census Bureau asks for any of those things, it is a scam and you should not cooperate, according to the Census Bureau.