Our resiliency is model to embrace 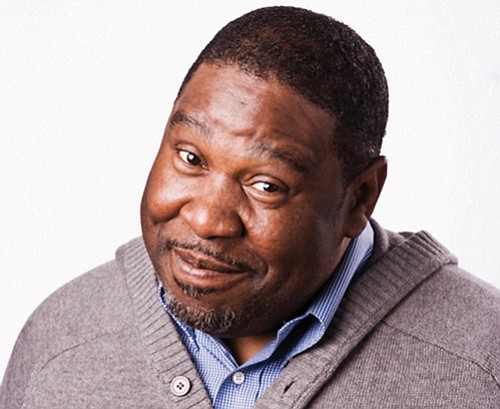 As America enters perhaps the most uncertain period in modern history, we will all be tested in new and unpredictable ways.

While there are many external factors outside of our control, how we adapt to change and uncertainty will depend on how we call on one of humanity's most indispensable traits: resiliency. Resiliency in people describes the ability to bounce back from change and adversity and it defines how we navigate this crisis both individually and as a nation.

Frederick Douglass a black American social reformer, and abolitionist, reminded us that “If there is no struggle, there is no progress.” While frontline communities will predictably be the hardest hit. I see that black communities are often the first harmed and last informed. These same communities are speaking truth to power about resiliency and how to muster its strength. Existential threats are nothing new to the black community.

Throughout American history, black people have had to endure a society that was founded on the belief that they were less than human. In 2020, we are still far from equality. But while black Americans die an average of 3.6 years before their white counterparts (largely due to risk factors for chronic disease), studies show that we may have better mental health outcomes.

For example, both depression and suicide are less common among black Americans than white Americans. While America's average life expectancy has declined slightly in recent years, this is not true of black Americans. Black Americans seemingly evade the so-called, "deaths of despair," says Dr. Carol Graham, the Leo Pasvolsky senior fellow at the Brookings Institution.

Among the reasons: poor black people—society's most disadvantaged demographic—are statistically its most optimistic. Shervin Assari, who studies health disparities and mental health at the University of Michigan, summarizes research on the subject as demonstrating that "vulnerability is a cost of privilege, resiliency comes as a result of adversity." So, what are the effects of adversity on resiliency speaking to us at this hour?

While being resilient in the face of fear and anxiety is difficult, Nan Henderson, one of the foremost experts in resiliency research, writes about people's "hard-wired ability to bounce back." She identifies "basic characteristics of resiliency building" which she calls "protective strategies."

So in being resilient, we are driven to create strategies. These strategies include ways to lend each other strength and find it in ourselves as well. One of Henderson's strategies describes how we can support each other. She recommends communicating the "Resiliency Attitude" to those we care about and love.

The Resiliency Attitude means to remind people, “the part of them that is resilient is more powerful than the adversity at hand.” This requires sincerity. We are challenged to acknowledge the inner strength of others and confer that honest belief to them. This sincerity will not go unnoticed, and it is the surest way to help others believe in their own potential to overcome hardship. Another strategy Henderson describes is aimed at helping us find resiliency in ourselves.

Henderson calls this the "Strengths Perspective" and provides a quote from Martin Seligman, past president of the American Psychological Association, who concluded that "The keystone of high achievement and happiness is exercising your strengths."

Henderson points out that people often have a hard time identifying and acknowledging their own strengths—this is a difficult task for many of us. But Henderson suggests a slightly easier one: searching your mind for specific recent adversities you have overcome. Then, think about the traits that were employed to overcome them. It can help to compare the traits you come up with to a common list of strengths such as the one here to aid in affirming their validity.

Whatever the future holds, one thing is certain: The near and intermediate-term will test us. The outcome will depend on our willingness to hit the ground running in support of each other. As we strive to do both, it’s important to remember that resiliency is inherent in all of us.

E.D. Mondainé is president of the Portland NAACP.