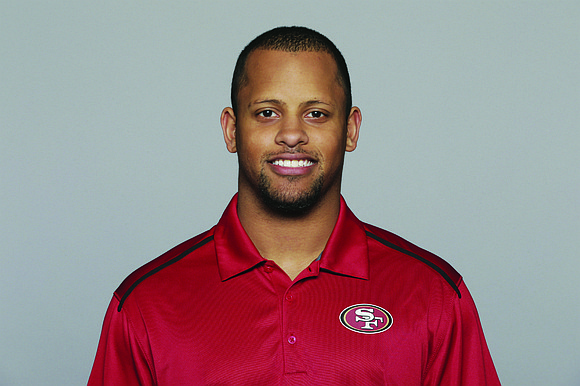 Keanon Lowe, the former Parkrose High School coach and security guard who disarmed a distraught student at the school in May 2019 to avert a school shooting.

Keanon Lowe, the former Parkrose High School coach and security guard who disarmed a distraught student at the school last May to avert a school shooting, has been awarded the 2020 Citizen Award from the Congressional Medal of Honor Society.

Lowe, now the head football coach at West Linn High School, was named recipient of the honor last Thursday, but a formal ceremony was not held because of the coronavirus public health crisis, officials said. He is a former Oregon Ducks wide receiver and member of Portland’s African American community.

Surveillance video from Parkrose High School shows Parkrose coach and security guard Keanon Lowe holding a student in an embrace after disarming him of a shotgun during an incident in May 2019. Lowe handed the gun to another teacher who is seen taking it away from the scene.

Lowe intercepted Angel Granados-Diaz when the then-Parkrose senior arrived on campus with a shotgun May 17. Initial reports rightfully showered him with praise for stopping the 19-year-old, but the full picture of Lowe’s heroic actions came with the release of school surveillance video that shows he didn’t physically bring the student to the ground to stop a disaster, Lowe peacefully was able to take the gun from him and then give him a hug.

The video captured the dramatic embrace. It was released after the student was handed three years of probation for bringing the gun to the school, a sentence to include mental health and substance abuse treatment.