Ordered to Pay Back Victims Fund 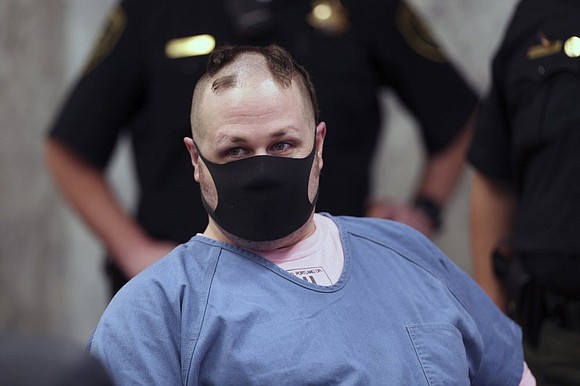 Jeremy Christian last June during the sentencing phase of his convictions for murder and other charges in the stabbing deaths of two men on TriMet and for assaults on others who confronted him as he went on racist rants. (AP photo)

(AP) — A judge on Wednesday ordered a man convicted of fatally stabbing two men who confronted him during a racist rant on a TriMet light-rail train to pay $12,046 for expenses incurred by some of his victims.

The money already has been paid to Hester, Fletcher and Best’s family by the state’s crime victims compensation fund. The judge’s order means Christian is now responsible for paying back the fund.

Prosecutors didn’t request any additional money, including money for the family of Taliesin Namkai-Meche, who also died when Christian stabbed him in the neck.

Albrecht said although Christian is indigent, he must work out a plan with the Oregon Department of Corrections to reimburse the crime victims compensation fund over time.

Christian was sentenced to life in prison without the possibility of parole.