Ballots Returned at a Record Pace

Presidential turnout could be highest since 1908 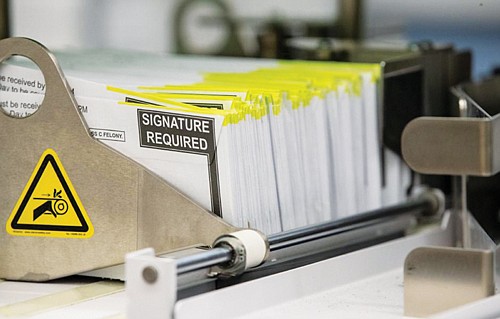 In Oregon, ballots must be returned by 8 p.m. Election Day, Nov. 3. Postmarks do not count.

Ballots for the 2020 election started arriving in mailboxes of Oregon voters last week, and so far more than 88,000 people have casted their vote at a record pace, following suit with the nationwide early voting trends.

The Elections Division of the Oregon Secretary of State released the unofficial ballot returns count Monday.

Nearly 3 million people are registered to vote in Oregon, a 15% increase from the 2016 election. A portion of the influx of registered voters in the state can be attributed to Oregon’s Motor Voter Act in 2016, which made voter registration automatic when Oregonians obtain or renew their driver’s licenses.

To no surprise, the county with the most ballots returned thus far is Multnomah County — Oregon’s most populous county. Nearly 60,000 ballots have been returned, which make up 10.5% of the county’s registered voters. At this time in 2016, the county had received 21,452 ballots.

The avalanche of returned the ballots within the first days of voting has been witnessed across the country.

As of Friday, more than 22 million Americans had already cast ballots in the 2020 election, a record-shattering number of early votes.

Americans’ rush to vote is leading election experts to predict that a record 150 million votes may be cast and turnout rates could be higher than in any presidential election since 1908.

In Oregon, ballots must be returned by 8 p.m. Election Day, Nov. 3. The state also allows you to track your vote-by-mail ballot online.