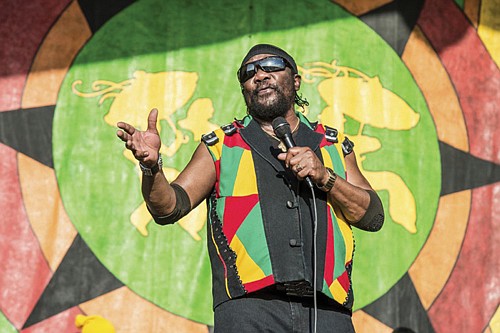 (AP) — Toots Hibbert, one of reggae’s founders and most beloved stars who gave the music its name and later helped make it an international movement through such classics as “Pressure Drop,” “Monkey Man” and “Funky Kingston,” has died. He was 77.

Hibbert, frontman of Toots & the Maytals, had been in a medically-induced coma at a hospital in Kingston since earlier this month. He was admitted in intensive care after complaints of having breathing difficulties, according to his publicist. It was revealed in local media that the singer was awaiting results from a COVID-19 test after showing symptoms.

News of the five-time Grammy nominee’s ill-health came just weeks after his last known performance, on a national live-stream during Jamaica’s Emancipation and Independence celebrations in August.

A family statement said Hibbert died Friday at University Hospital of the West Indies in Kingston, Jamaica, surrounded by family.

A muscular ex-boxer, Hibbert was a bandleader, songwriter, multi-instrumentalist and showman whose concerts sometimes ended with dozens of audience members dancing with him on stage. He was also, in the opinion of many, reggae’s greatest singer, so deeply spiritual he could transform “Do re mi fa so la ti do” into a hymn.

His raspy tenor, uncommonly warm and rough, was likened to the voice of Otis Redding and his original songs such as “Funky Kingston” and “54-46 That’s My Number” appealed to soul and gospel fans.