Returns to music scene with 'Lift You Up' 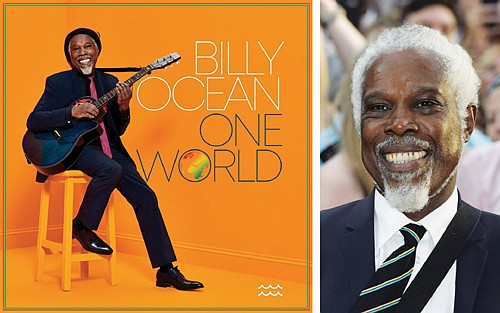 Billy Ocean returns to music scene with 'Lift You Up'

(AP) — Billy Ocean is angry. But you won’t hear it in his music.

Now 70, he’s frustrated by structural racism and by Black people being shot by police. He’s fed up with hatred and thinks society is often going backward.

Yet none of that is unleashed in his mix of soul, reggae, R&B and pop infused with the warmth of the Caribbean. It’s the way he’s done it from his 1984 hit “Caribbean Queen (No More Love On the Run)” to his bright new album, “One World.”

“If I was an angry man, I wouldn’t be able to make the sort of music I’m trying to make,” he says. “It’s a gift to inspire people. I like to think it’s a gift to lift you up. It shouldn’t bring you down. What is the benefit of everybody trying to bring people down?”

For his first studio album in a decade, Ocean returns to the theme of uplift. Three songs alone have the word “love” in the title. He sings in the title track: “What we need is a love revolution.”

To make the album, Ocean co-wrote 19 songs last summer and settled on 12, going into the mix three times to get the balance right between slow tunes and uptempo ones.

Though the songs were crafted before the pandemic and summer of protests, he feels they seem right for our time now. Many urge unity and respect.