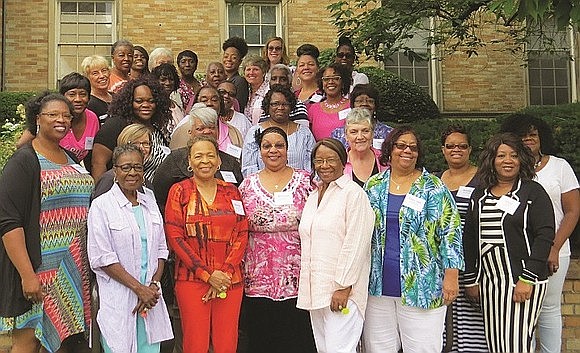 Worship in Pink volunteers working with Susan G. Komen Oregon and Southwest Washington on breast cancer prevention in Portland’s African American community gather for a group photo during a training summit in 2017. As the national Komen organization consolidates its operations to Dallas, Texas, the Portland-based Komen chapter is closing its doors after 29 years at the end of March.