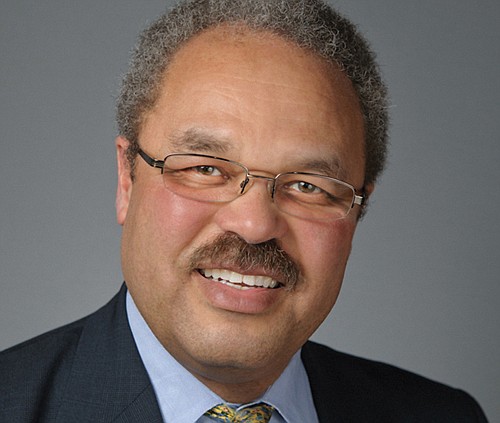 The Legislative session currently underway at the State Capitol in Salem is historically important this year with its growing number of elected lawmakers of color giving focus to issues long supported by the Black community, says Sen. Lew Frederick, the Legislature’s most senior Black lawmaker and a long time civil rights activist.

“To some extent, Black history is key to what’s going on now,” Frederick said, in an interview with the Portland Observer. “The murder of George Floyd and issues related to the COVID virus have made a big difference. We have focused our attention on the disparity that the black community has had for centuries,” he said. “It’s no longer something someone made up, a chip on your shoulder. People have seen what’s going on and what’s taken place.”

When Frederick was first elected to the state House in 2009, he was the only African American out of 60 representatives, and the late Jackie Winters was the only African American senator. But today, the Legislature’s Black, Indigenous and People of Color caucus, or BIPOC, includes a dozen lawmakers, including Native Americans, Latinos, African Americans and Vietnamese. One of its newest members, Kayse Jama of southeast Portland, appointed last month to fill a vacant seat, is a native of Somalia and the first Muslim member of the Senate.

“Now that we have 11 other members of the Oregon Legislature who are people of color, we clearly made our views and desires known to the rest of the legislature. Twelve members is more than ever before,” Frederick said.

The Portland lawmaker anticipates joining Jama and two other Black lawmakers, Sens. Janelle Bynum, representing southeast Portland and Happy Valley and Jim Manning of Eugene and Junction City, on putting bills forward that deal specifically with racial issues, some that have been important issues for a long time.

“Some bills I’ve been working on for 11 years,” Frederick said. “Bills on excessive use of force, bills related to African American history in school curriculums, bills that deal with use of force and discipline issues as well as training and recruitment.”

Frederick said he’s also working on “more subtle” bills that have to do with over-testing in schools, bringing more teachers and counselors of color into schools, and reducing class sizes.

Frederick also supports reparations for descendants of slaves and last month proposed a state bill to pay people who could prove a heritage in slavery, a $123,000 annuity, annually paid for the life of the applicant. Some press reports, even national ones, got the proposal wrong by conflating annuity with annual, he said. Under an annuity, recipients would receive a portion of the total each year, not the entire sum each year. For example, a $100,000 annuity for a 65-year-old would pay out about $500 per month in lifetime income.

“The real key is that we are going to start talking about reparations,” he said. “Not just in an academic setting or around the dinner table, but to look at how to craft reparations.”

On the national level, Frederick says he supports U.S. Rep. Barbara Lee’s reparations bill in Congress. He wants to hear more on how Congress could approve reparations and how a financial system might be created to deal with that, “That’s where the annuity comes in.”

As a member of the state transportation committee, Frederick is also keeping a close eye on the I-5 Rose Quarter Improvement Project, which has been controversial in the past. The project seeks to undo some of the harm to the Black communities that were obliterated by the construction of the Interstate freeway in the 1960s that cut through neighborhoods displacing many Black residents and local businesses. The area was also decimated by the construction of the Oregon Convention Center and the expansion of Legacy Emmanuel Hospital.

“The proposal is just to change exit ramps, but not increasing lanes,” Frederick said. “The Albina Vision group calls for the freeway to be covered so we can put housing on top.” Those discussions are ongoing, he said, and goes back to a bill approved by voters in 2017 to increase taxes on gasoline and gasoline engines with the condition that congestion problems in the Rose Quarter section be addressed.

Frederick said he feels a little cynical about some of the recent interest in the project.

“Some folks decided because they discovered environmental impacts on the African American community, to use that as leverage to stop the project from taking place,” he said. “Those folks could have stepped forward 10 years ago and did not. Now they are stepping forward as though they are saving the Black community, but in most cases they are not Black folks, but a group of white folks saying, ‘I really care about you.’ It’s a cynical approach that I reject and I am insulted by. In some cases they are truly sincere; others I’m not sure about.”

Another example of detachment from Black concerns was when a group was pushing the use of electric scooters to the Legislature.

“The guy giving the pitch looked straight at me, and said how this would help the low-income community,” Frederick said. “I said I didn’t think that was true. They think they are trying to help, but they’re being patronizing.”

In other transportation issues, Frederick said he would like to see a high-speed rail between Portland and Vancouver and beyond.

“If we had a high-speed rail a lot of people would be using that instead of driving along I-5,” he said. “We could also do Portland to Eugene, and I would like to see it go all the way to the California border.”