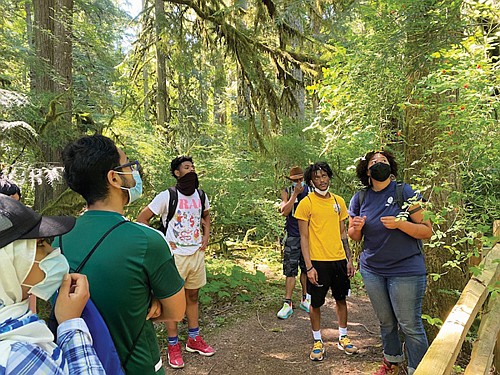 The Portland NAACP and Metro is helping Black kids and other young people of color spend time in nature, drawing benefits that can lead to healthier, happier communities.

A new hiking program geared to Black kids and other young people of color build positive memories out in nature. “We talk about safe spaces and how nature clears your mind,’ said J’reyesha Brannon, chair of the Portland NAACP’s Environmental Justice committee, a lead organizer of the program.