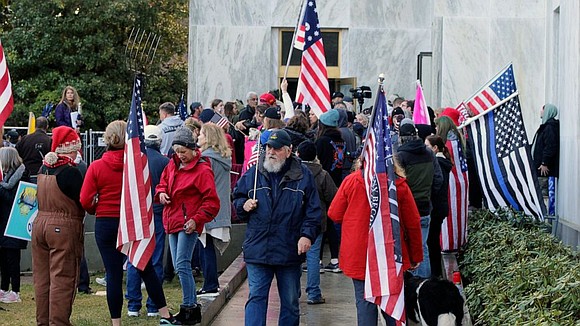 Pro-Trump and anti-mask demonstrators hold a Dec. 21 rally outside the Oregon State Capitol as legislators meet for an emergency session. A former Oregon state lawmaker who was expelled for letting violent, far-right protesters into the Capitol that day pleaded guilty Tuesday, July 27, 2021, to one count of official misconduct. Mike Nearman was sentenced to 18 months probation, during which he will need to complete 80 hours of community service and is banned from the Capitol building and grounds. (AP photo)